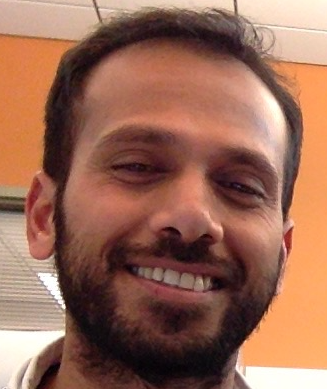 I am fairly comfortable building Deep Neural Networks (DNN) with Keras library and infact I built a CNN model - Plantmd to predict plant diseases as part of Insight Data Science fellowship program. However as people often say, it’s always important to learn a new language/program to see how it differs from the language/program that you are comfortable. So with this in mind, I have decided to take spend time to do the exciting Deep Learning with PyTorch: Zero to GANs workshop on Jovian.ml.

As part of the first assignment, we were asked to pick out five torch.Tensor functions in Pytorch and use them with examples. So here are my five ‘torch.Tensor` functions.

1.1 Let’s understand this by creating a numpy array first

As you can see, there is no difference in the outputs between torch.tensor(arr) or torch.as_tensor(arr)

The tensor creation failed with torch.as_tensor() function here because the numpy array that was created is a 2-D array with rows that have different lengths which works for numpy arrays but fails during conversion from numpy to a tensor.

This function returns a 1-D tensor of size (end-start/step) with values from the intervals start, end taken with common difference step from start.

2.2 Now let’s see an example where things can go wrong

In this example, the function assumes that start is 0, end is -5 and step size is 1 and it is not able to return the numbers from 0, -5 with a step size of 1. This can be fixed by giving an upper bound (for example 0).

To summarize torch.arange() is a very convenient function to generate a sequence of numbers from start to end with a user specified step size.

This function returns a tensor with the same data and number of elements as input but with the specified shape.

3.1 Let’s see this with an example

As can be seen in the above example, torch.reshape() has returned a tensor with the same data but with a specified shape of 2 x 2 for earlier shape of 1 * 4.

What if you want to convert the input tensor of shape 4 x 1 into an array of 1 x 4, then you can just specify (-1, 1) as shown in this example. Infact you can leave the second number and just specify (-1,)

This is the frequent mistake that people often do with torch.reshape() function. The above error indicates that the original input is a size of 4 x 1 whereas, we ask it to generate a tensor of shape 2 x 3 which is not possible. This is because 2 x 3 = 6 whereas the original size is 4 x 1 = 4.

To summarize, reshaping a tensor using torch.reshape() is quite important in matrix multiplication and other functionalities.

As can be seen, torch.abs() was able to convert all the negative values into positive values from an input tensor consisting of 3 elements.

torch.abs() not only works on the 1-D tensor but also can also work on 2-D tensors such as matrices as show in this example.

The error here indicates the the torch.abs() only works on tensors that have numbers (floats, integers etc.,) and not on boolean values (TRUE/FALSE, Yes/No etc.,). So make sure to check the tensor type before using torch.abs() function.

To summarize torch.abs() is a nice little functionality in Pytorch that returns the absolute value of a numerical tensor that is of any dimension.

A leaf node/variable is a variable that is at the beginning of the graph. That means that no operation is tracked by the autograd engine created it. All tensors that have requires_grad set to False will be leaf tensors by convention.

5.1 Let’s understand this with an example

Here the a tensor is a leaf variable

Let’s create another example where a tensor is not a leaf variable.

As can be seen in the above example, the tensor b was not created by the user but was created by an operation that cast a float tensor into a double tensor. So the tensor b is not a leaf variable.

5.2 Creating a tensor with gradient that has wrong data type

In this example, we tried to check if the tensor is a leaf variable or not, but before we can check that out, we get an error as shown here.

If you want to create gradients for an tensor, floating point data type are only acceptable. So make sure you fix that before you can use is_leaf() function.

To summarize is_leaf() is a convenient function to check if the variable is at the beginning of the graph or not so that you don’t have to keep a track of it manually.

If you want to try these functions by yourself, visit this notebook, fork/clone and press Run.

You May Also Enjoy

How to package the flexdashboard using Docker and Docker Compose?

How to package the flexdashboard using Docker and Docker Compose?

Create a log-in page for the flexdashboard using Shinyproxy

How to create Flexdashboards in R?

flexdashboard is package that enables you to easily create flexible, attractive, interactive dashboards with R. Authoring and customization of dashboards is done using R Markdown and you can optionally include Shiny components for additional interactivity. In this first blogpost, I am going to show you how to create a simple but powerful dashboard using flexdashboard framework using an example dataset.